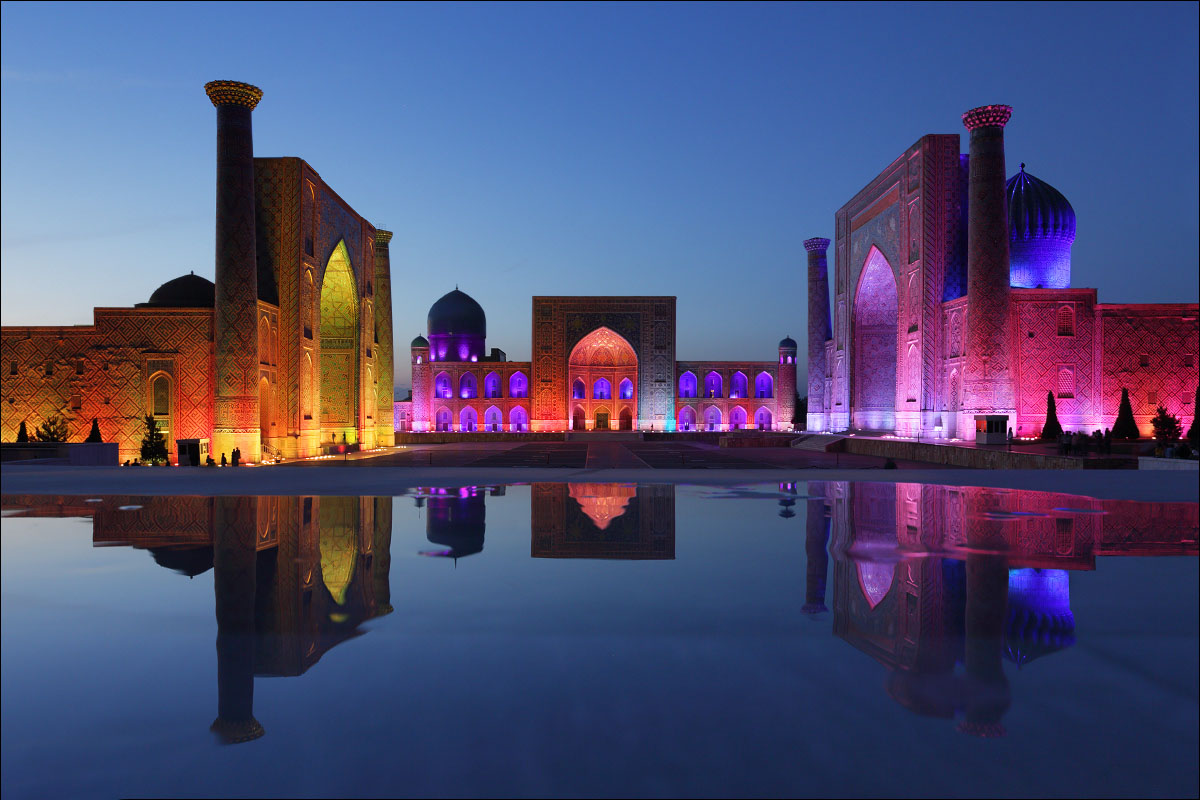 Registan square considers being the real pearl of the city of Samarkand. It is popular due to its great architectural complex. The square is encircled by magnificent madrasahs on three sides. All three buildings have their own special decor, which varies from each other.

First of all, what does the word "Registan" mean? If translated from Uzbek, the word "Registan" has a meaning of a sandy place. In ancient times, this central city square was really in the sand. In ancient times, the city authorities gathered people on the square to announce the decrees of the khan, to announce holidays and public executions. Primarily, the territory was not surrounded by madrassas, amazing buildings appeared a little later.

From many centuries to the present days, Registan has served as the center of public life in the city. The square is widely known primarily for its famous ensemble of three madrassas: Tilla-Kari, Ulugbek, and Sherdor.

Wonderful and rather old monument of medieval architecture now is included on the UNESCO World Heritage List, which appeared on the Registan at different times,generally during the 15-17 centuries.

Gorgeous and Historical Place for Many Tourists

The ancient city of Samarkand attracts more and more tourists every year. Travelers come from all over the world to see those historical and old places. The city of Samarkand is known for its old history, original architecture, hot climate, and distinctive culture. If there is a desire to admire the breathtaking view from the birds fly, the tourists can climb the minaret of the Ulugbek madrasah.

Here a thousand tourists come to admire ancient places of interest, mainly monuments. There are several theaters where people can watch performances and just have a great time with family and friends. Among them, is the Samarkand Theater of Historical Costumes called El Merosi, which translates as “folk heritage,” is especially popular among many tourists. Moreover, the tourists can go to the national or modern cinema to watch movies and finally, take a walk through the evening city. The city is especially beautiful in dark.

Samarkand is considered being one of the ancient cities in the world. It was founded in the VIII century BC. e. In ancient literature, this place is known as Maracanda. In the entire history of Samarkand, there were many tragic, significant and other events that reflected on the culture and architecture of the city.